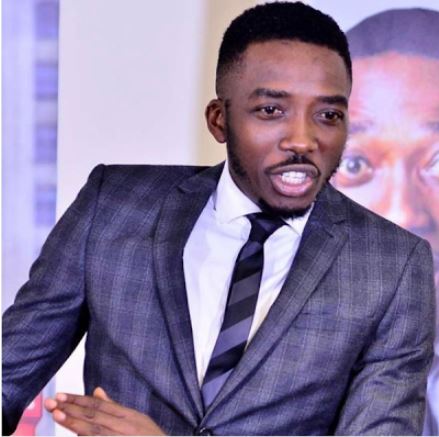 Bovi has responded to people who felt that some of his jokes during his Bovi Man on Fire comedy show was extreme, especially for saying Banky W and Adesua’s marriage is already having problems because he spelt ‘marry’ wrong.

Some people found the jokes distasteful and asked him to apologise.

He responded by sharing the photo above on his Instagram page and wrote;

“My face when they tell me to apologize over a joke they didn’t understand. Read my lips.. “eat ****”.