Coming after she filed a lawsuit against Roc Nation in 2015, a record label she called home since 2008, superstar artiste Rita Ora has insisted she’s got no issue with former mentor Jay Z after she sued his record label. 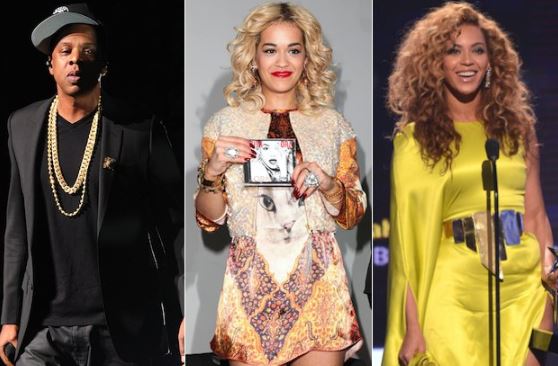 Rita Ora signed to the label in 2008 but only released one album, filed a lawsuit claiming that Roc Nation’s change in direction led to her being forgotten about. This reportedly led to an out of court settlement, with the artiste signing a deal with Atlantic Records in 2016.

Here’s what she told The Sun about her relationship with the power couple;

“I mean, the truth is, it was a respectful separation and there is no bad blood whatsoever, 150 per cent.”

“I’d hug Beyonce if we bumped into each other. There is always just smiles and love, I mean, from every direction, honestly.”