Robots set to take over security from Police

The “world’s first operational Robocop” started its tour of duty on Sunday in Dubai, the first in the Emirate’s planned robot police force, according to the Daily Mirror.

“He can chat and interact, respond to public queries, shake hands and offer a military salute,” Brigadier-General Khalid Nasser Al Razzouqi, Director-General of Smart Services with the Dubai Police, said.

Residents can use the Robocop to pay fines or report crimes, and it also can transmit and receive messages from police headquarters.

“The launch is a significant milestone for the Emirate and a step towards realising Dubai’s vision to be a global leader in smart cities technology adoption,” Al Razzouqi said.

“With an aim to assist and help people in the malls or on the streets, the Robocop is the latest smart addition to the force and has been designed to help us fight crime, keep the city safe and improve happiness levels,” he added.

Dubai appears to be bracing up for the 2022 FIFA World Cup to be hosted by Qatar, the first to be held in the Middle East and in an Arab and a majority-Muslim country. 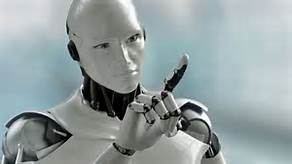 The Miyetti Allah Kaute Hore says the regional southwest security outfit, Amotekun is a plot against the Fulan, and has asked the federal government...
Read more
- Advertisement -