So Sad! See the 17-year-old Girl That was Murdered by an Igbo Trader in Bayelsa State | Photos

Deolu
Igbo traders and angry youths of Biogbolo in Yenagoa have clashed after the shocking murder of a 17-year-old girl by an Igbo trader. 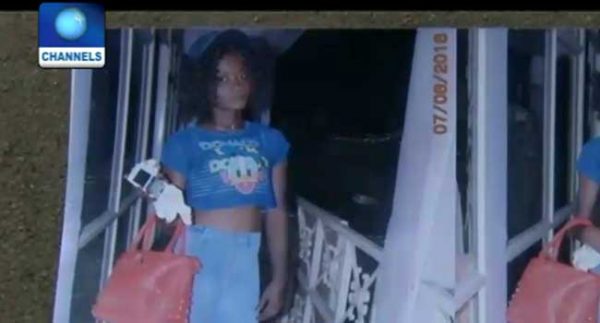 The death of a 17-year-old girl in Bayelsa state has caused serious controversy resulting in brutal attacks on Igbo traders by angry youths in Biogbolo community in Yenagoa, the Bayelsa State capital.
According to ChannelsTV, the youths staged a protest against the alleged murder of a 17-year-old girl from the community, Amusoro Zedibe, by a 31-year-old man identified simply as Tochukwu.
One of the deceased’s relatives, Bobby Gabriel condemned the purported killing and demanded for government intervention, alleging that the incident was not unconnected to ritual purposes.
The Caretaker Chairman of the Yenagoa Local Government Area, Oboku Oforgi, told reporters that a meeting with the chiefs and youths of the community had been convened to appeal for calm.
He added that Igbo traders in the community have been advised to stay away from their business premises, to avoid any breakdown of law and order.
Although the Bayelsa State government is yet to make any official comment on the incident, the Commissioner of Police, Amba Asuquo, explained what transpired between the dead girl and her alleged murderer.
He assured the angry locals that efforts are on by the State Police Command to investigate the incident and restore calm to the community.
The Police Commissioner added that they have launched a manhunt in order to apprehend the suspected killer who is said to be at large.