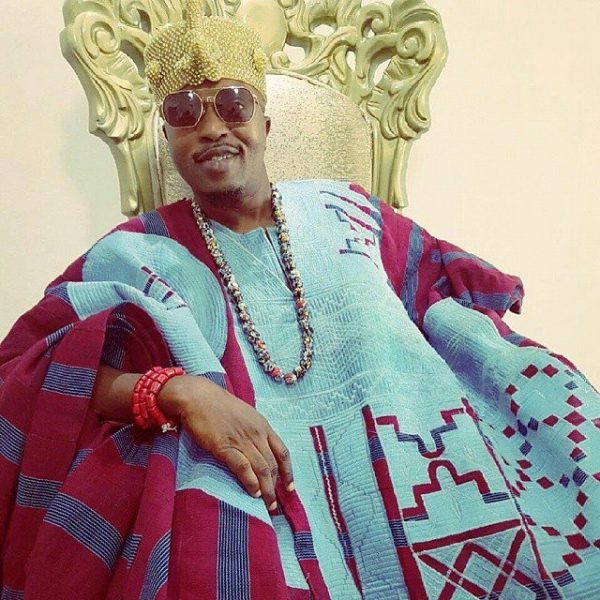 An official of the Ministry of Justice, Kingdom of Saudi Arabia, Riyadh, Sheik Abdul-Azeez Alhajlaan, has described the Oluwo of Iwo, Oba Abdul-Rasheed Akanbi, as a blessing to humanity for his outright condemnation of idolatry.

Alhajlaan tagged Oluwo a “servant of merit, appointed to lead the populace right in all ramifications.”

The Islamic cleric said the authorities of Saudi Arabia were intimated of the monarch’s preaching against idolatry and had come to declare support for him due to his position on idolatry.

Conducting Alhajlaan round the palace, the monarch said his spirituality was tied to his faith in God, saying his antagonists had increased because he removed idols from his palace.

Oluwo said idol worshipping was never part of the Yoruba culture, while condemning the “wickedness” of some idols that request human beings as sacrifice.

Speaking on the need to eradicate some of the “awkward” cultures and traditions, Oba Akanbi said, “We are the only race in the world that sold their (past) generations to slavery. This is the work of our predecessors and it is still rampant among our folks today and you can see that in child trafficking and sex slavery. These practices that were inherited must stop because they do not indicate love at all.

“It is only our idols that request human beings as sacrifice. Offering tomorrow’s presidents, engineers, doctors, musicians, astronauts, chemists and so on for sacrifice is inhuman, uncultured and wickedness of first class order. It is time to challenge the status quo to liberate our people. Idolatry is not part of any culture.”

Share
Facebook
Twitter
WhatsApp
Previous articleNigerian Lady Seeks For Advice On How To Make Boyfriend Angry To See His True Nature
Next article‘I Am Not Happy For Davido, I Don’t Care About Any ‘Americana’ – Singer’s Alleged Babymama Spits
- Advertisement -