For the first time in the history of South Africa, a woman will be heading the Supreme Court of appeal following the endorsement of President Zuma. 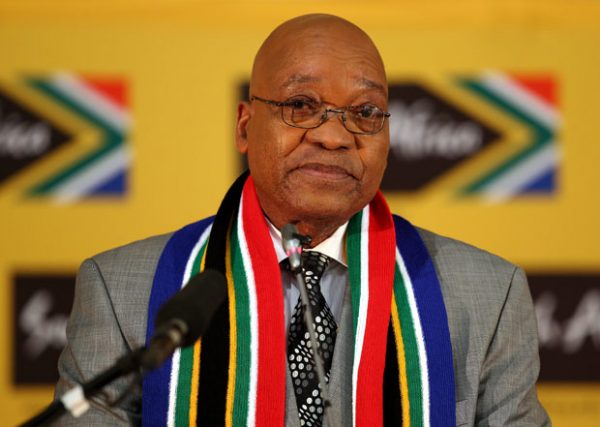 South Africa’s President Jacob Zuma has appointed Justice Mandisa Maya as the President of the Supreme Court of Appeal, the president’s office said on Friday, making her the first woman to occupy the position.
“Her appointment to the position elevates her to the third highest position in the Judicial Branch, after the Chief Justice and Deputy Chief Justice of the Republic,” Zuma said.
NAN reports that on April 4, the Judicial Service Commission (JSC) recommended Maya to Zuma for the appointment. Maya filled the vacancy that occurred following the discharge from active service of Mr. Justice Khayelihle Mthiyane.
Justice Maya has close to thirty years’ experience in the legal profession, having started as an attorney’s clerk at a law firm in uMthatha in 1987. She then went on to work as a court interpreter, prosecutor and assistant state law adviser in uMthatha.
She served her pupillage at the Johannesburg Bar and practised as an advocate between 1993 to 1995. She was appointed an acting judge of the High Court in 1999 and a full time judge the following year. She has acted as a judge at the Labour Court, an acting judge in the Supreme Court of Appeal, and as an acting judge at the Constitutional Court.
In 2006 she was appointed a judge of the Supreme Court of Appeal.
Justice Maya holds three university degrees: B.Proc from the University of Transkei, LLB from the University of Natal, and LLM from Duke University in the United States where she was a Fulbright scholar.