A Nigerian doctor and her husband have been accused of trafficking a Nigerian woman to the UK before making her work 18-hour shifts and beating her when she asked for higher wages.

Dr Ayodeji Adewakun, 44, and Abimbola Adewakun, 48, are alleged to have paid babysitter Iyabo Olatunji, just £20 a week for looking after their two young children at home in Erith, south east London.

Ms Olatunji, 37, told Southwark Crown Court on Monday, May 8th, that she was also made to work long arduous days cleaning their house before staying late and cooking the couple dinner. She claims that when she asked for higher wages, and was slapped by the couple.

The couple allegedly persuaded Iyambo Olatunji to leave her home in Nigeria to look after their two young children at their three-bedroom home in Erith, southeast London, in 2004. Ms Olatunji, who had worked as a secretary for the local government in Nigeria, was forced to work 18-hour shifts cleaning the house and to share a bed with the youngest child. She also worked for Mr Adewakun’s pastor father as a househelp in the 1990s.

Ms Olatunji, who did not have her own bank account, was originally promised a £450 monthly salary over a 15-month period, jurors heard.

“She said I would be fine. She said she would pay me money, a salary. The salary would have been higher than the one I was earning in the local government.”

They included caring for couple’s two young children ‘at times agreed in advance’ during working hours ‘stipulated as Monday to Saturday’ six days per week between 7am and 5pm.
Ms Olatunji denied she was made aware of any duties expected of her outside of her babysitting role and added that she had never even had a bank account set up for her to receive her wages into.
She said Ayodeji’s brother accompanied her to the British Embassy in Nigeria to get her passport and held onto it until they landed in the UK.

When she first arrived at the three-bedroom house she met the couple’s Hungarian au pair who showed her the children’s nursery, school and local park before leaving a week later with ‘a bad attitude’.
Jurors heard Dr Adewakun spotted Ms Olatunji chatting to the au pair and raged ‘Are you listening to her? She is not happy you are here because she is leaving.

“She is not a good au pair.” he said.
The court heard Ms Olatunji, who came to the UK with just five Nigerian Naira in her pocket, was not even treated to a t-shirt she liked during a family holiday to Euro Disney.
On their return, she claimed she was made to get up at 6am to get the children fed and off to school before tidying the home during the day and preparing meals for the evening.
“I am not sleeping at 8pm or 9pm – it is midnight,” said Ms Olatunji.
She recalled that the doctor and her husband sometimes did not return home from work until well after 10pm.
“Sometimes she would speak nicely to me – 25% nice to me, 75% anger,’ Ms Olatunji said. “She did not pay me. Both of them did not pay me, they just gave me £20 on Friday”

Ms Olatunji said she was slapped three times by the doctor when she asked for more money.

Dr Adewakun and her husband Abimbola, both deny obtaining services by deception and trafficking a person into the UK for exploitation.

Mrs Adewakun further denies assaulting Ms Olatunji and two further counts of fraud and trafficking a person into the UK for exploitation in relation to a second victim. The trial continues. 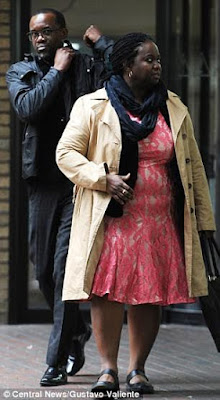 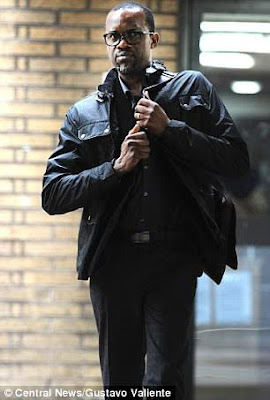 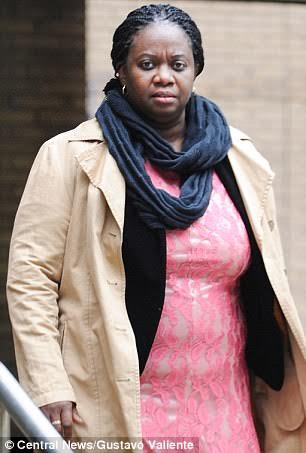