Home Uncategorized See Woman Who Claims She Is A Virgin And Never Kiss a...
Facebook
Twitter
WhatsApp

Thembisile Ntaka is a South African woman who is already 52 years old and still a proud virgin.

Quote
“Even at my age, I still go to Umkhosi woMhlanga (a ceremony for virgins),” said Thembisile at a social cohesion dialogue about virginity. It was organised by eThekwini Municipality at Moses Mabhida Stadium in Durban on Tuesday night.
“I began this journey when I was 14 years old. I get a lot of people criticising me for being a virgin and not having children. Some even tell me I will die a lonely woman. But that does not make me want to change my life.” 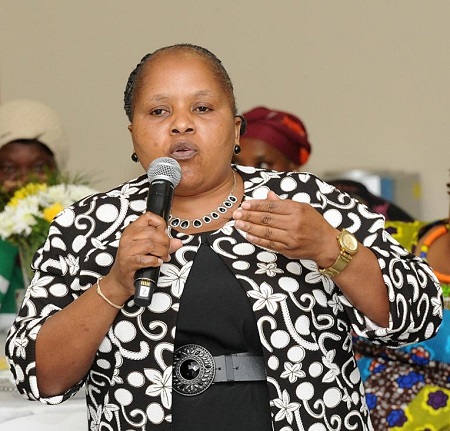 According to Naijapals, Thembisile said she has never slept with a man or even kissed one. She said she is one of the most respected women in Botha’s Hill.
Thembisile encouraged young women to stay virgins.
“I’m the lastborn at home. My eight siblings got married and left me with my brother’s two children.”
She said when she was young she heard her brothers’ friends saying bad things about the girls they’d had s*x with.

Quote
“I decided then I didn’t want to be one of those girls,” she said. She said each time there is virginity testing in her area, she is always the first one in line.
“I don’t care if I die without children or a husband. I’m happy with my life and so is my family.”

During the conference, where virgins and virginity testers discussed the importance of purity, tester Zanele Shezi-Sishi said it’s important for women to look after themselves.

Quote
“Staying a virgin helps to avoid infections and disease.”

Head of recreation at Thekwini Municipality, Thembinkosi Ngcobo, said they chose the topic because too many girls fall pregnant at an early age.