A woman over the weekend delivered a baby boy on board the Lagos Bus Rapid Transit, also known as BRT. The woman, whose identity is still unknown, delivered the baby at Fadeyi Bus Stop, Lagos.

A video which, is currently trending online showed the newborn being carried off the BRT by a paramedic attached to the Lagos Ambulance Service into a waiting ambulance. 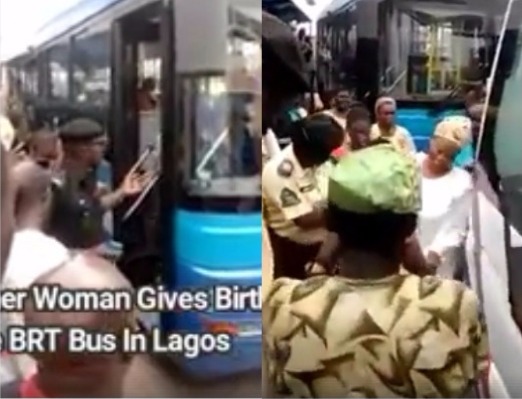 According to witnesses, the woman became restless shortly after boarding the bus and soon went into labour.

With assistance from passengers in the bus, she was delivered of a baby boy…Watch video here