Home News Feed See How Yahoo Boys in Togo are Scamming Foreigners as Nigerian Politicians...
Facebook
Twitter
WhatsApp
Nigerians have been warned to be vigilant as some ‘yahoo-boys’ have now found a new tactics of defrauding people using profiles of politicians. 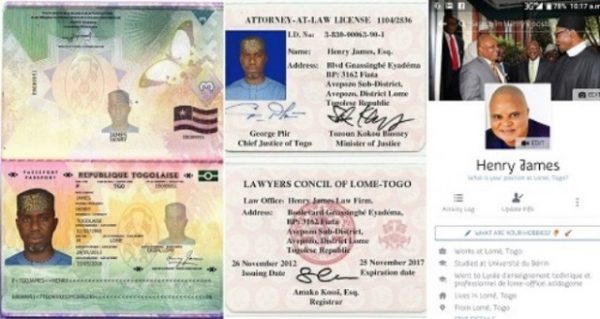 A new tactics used by ‘Yahoo-boys’ in Togo to defraud people by using profiles of prominent Nigerian politicians has been exposed.
A well-meaning Nigerian has raised an alarm on the new tricks applied by ‘yahoo boys’, also known as internet fraudsters in Lome, Togo.
The alarm was raised by Jeph Pinochet, who said that these ‘Yahoo boys’ created Facebook accounts with the pictures of the Nigerian politicians (mostly from Imo state) under the name of HENRY JAMES as well as forged international passports and driver’s license under same name to scam foreigners of their hard earned money. 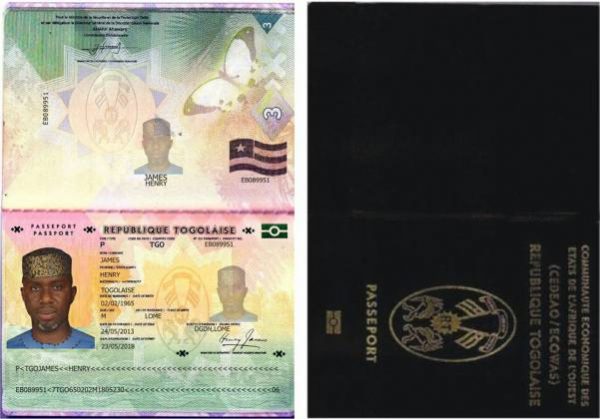 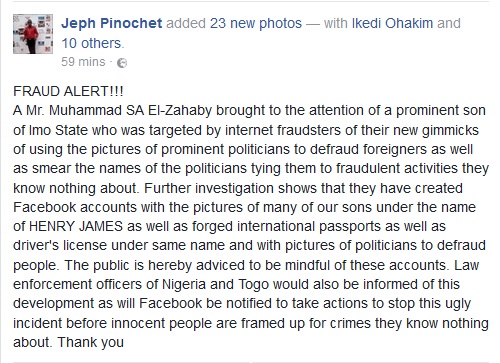