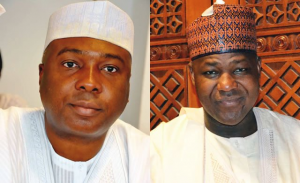 The lawmakers in both chambers of the National Assembly will also spend a total sum of N1.3bn on refreshment and meals. The item will cost the Senate N409, 973,760, while the House will spend N913, 289,760 for the same purpose.

These estimates are exclusive of those of the National Assembly bureaucracy.

The National Assembly, as part of its ‘Open NASS’ campaign, had on Thursday published its 2017 budget, which showed that the legislature had raised its budget estimates from the N115bn in 2016 to N125bn.

Despite the publication, the remuneration of each member of the National Assembly is still shrouded in secrecy.

A further analysis of the estimates made available to the public showed that under “General Services,” cleaning services for the NASS Phase III Building will cost N606, 916,919.

Under the same column, the National Assembly has also budgeted N640, 584,000 for constitution amendment, while “Budget Coordination Activities” will cost N197, 665,920.

The committee will also jointly spend N20, 546,748 on “printing of non-security documents.”