Shocker: Woman Kills Her Own Daughter Then Throws the Body From Their 9th-Floor Apartment | Photos

Deolu
In what will come across as a really shocking development, a woman has killed her own daughter before throwing the girl’s body over a balcony. 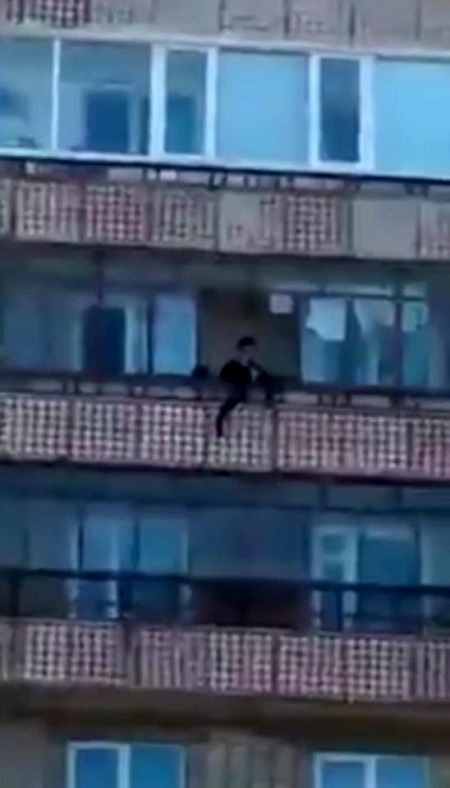 Photos have shown the horrific moment a mum reportedly throws the lifeless body of her 12-year-old daughter off a balcony after murdering her.
The shocking video was captured by sickened neighbours living opposite who can be heard gasping in horror as they realise what is happening.
According to The Sun UK, the tragedy took place in broad daylight in the south-eastern Ukrainian city of Energodar, in the Zaporozhye Oblast region.
Dramatic footage was then posted online and has shocked thousands around the world. 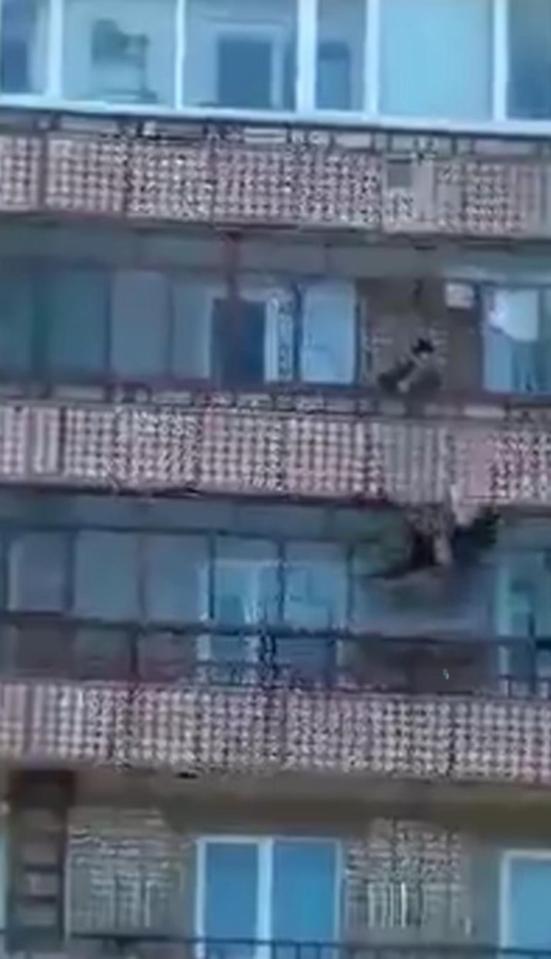 The video is said to show the 45-year-old mother, who has been named as Svetlana Sheleveyster, standing on the balcony of her ninth-floor flat holding the body of her child.
She can be seen struggling under the weight of the body before she appears to throw it deliberately over the side.
The body of the child plummeted to the pavement more than 100ft below.
It is claimed the mum then tried to flee the flat but was caught by police altered to the scene by those living nearby.
Reports say she smothered her daughter before throwing her corpse down to the ground.
It is rumoured the mum, a teacher, had suffered with mental health issues recently but had not sought any medical  help. 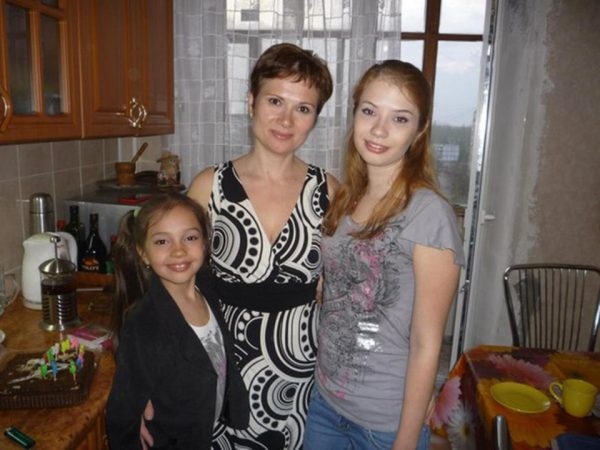 Netizen Arina Onoprienko said: “I know the mother as a good and kind person.
“The girl was always taken care of, she behaved well. She studied well in school and was a good girl.
“They had friendly relations, I just could not believe it.”
The 45-year-old suspect has an older daughter and husband, but they were not home at the time.
She remains in police custody charged with murder and the investigation continues.