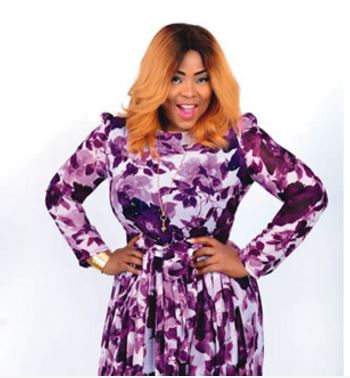 Ever since veteran actress, Liz Benson, became an evangelist, she has appeared in just a few number of movies. However, the star actress was a cast of a new movie, ‘Busted,’ which preaches against lesbianism. One would wonder why an evangelist would take part in such a movie but in a chat with Saturday Beats, the executive producer of the movie, Face Onu, explained how it happened.

She stressed that the movie does not encourage the act of lesbianism; instead it educates parents and preaches against the act.

“It was not easy getting Liz Benson to star in the movie and before we began to shoot the project, we approached several television platforms who declined to be associated with the movie even though we assured them that it was a movie with a positive impact. Nobody wanted to hear it. I had the script for over two years because some stars said they were not going to be a part of it. The few actors that were interested did not have the courage to be a part of the movie. At first, Liz Benson did not want to be a part of the movie but when she read the script, she was delighted to be a part of the movie. It is the same thing with the other cast members. My biggest challenge was actually the censors board but I knew that when we got to the bridge, we would cross it. But when they saw it, they gave us their approval,” she said.

The film maker told Saturday Beats that she chose her medium to speak about the subject matter because the public seems to turn a blind eye towards the trend which is obviously creeping into the society. “We are all unique in our own ways. I am a pacesetter and through my research, I realised that nobody has really done any movie on same sex relationship or marriage especially at a time when the government has passed a law against it. I did not do a movie about lesbianism to promote the act but to preach against it. Nobody has really talked about these things. It is better to address an issue than sweep it under the carpet. These things happen in our society and we need to talk about it,” Ikuku said.