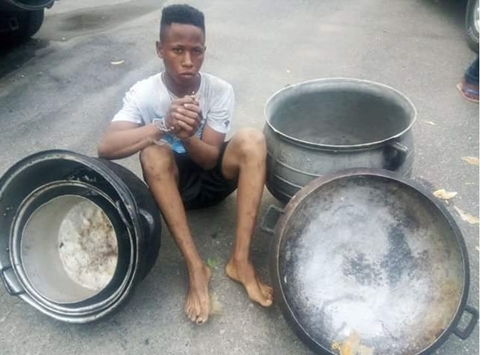 A suspected thief pictured above, was caught yesterday in Delta state while trying to steal cooking pots.
It was gathered that the suspect was apprehended by Ejele Boys while trying to steal pots at the home of a popular politician, Hon. Micheal Diden.
After enough drilling by mob, he was locked inside a drum.
See more photos below; 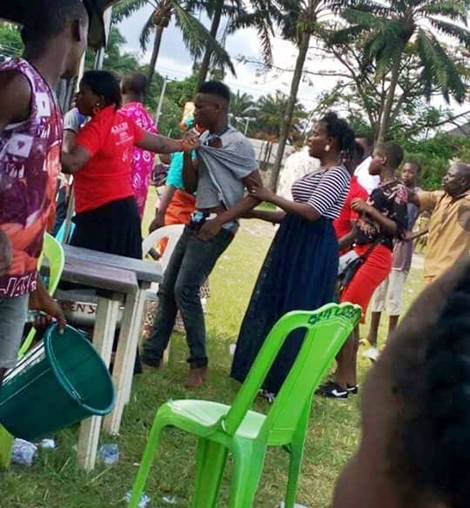 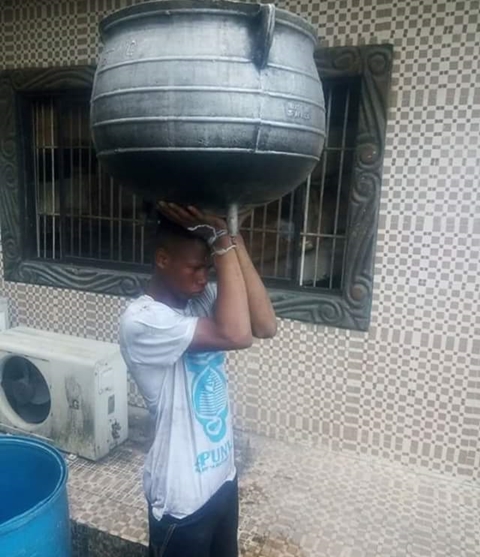