Believe it or not, both photos are of the same woman. The first is the before photo and the second is after makeup had been done by a makeup artist with the Instagram handle @paintdatface.

The artist was able to use only makeup to transform a very pale white woman into a darker woman who looks African.

She shared the photo on Instagram and included a disclaimer to explain that she had no intention of being offensive and that her work is simply about one woman acknowledging, embracing, and celebrating the beauty of another woman’s culture. In spite of her disclaimer, a number of people found the photo offensive and said what she did was the same thing as Blackface, which is considered racially offensive. Some also referred to it as cultural appropriation.

Following the backlash, @paintdatface put his page on private for a while and by the time it was open to the public again, the photo had already been deleted. 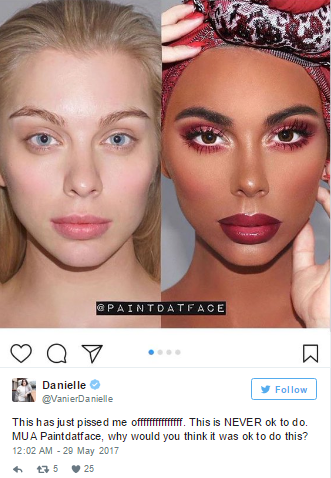 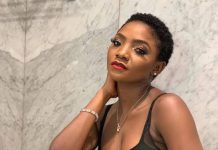