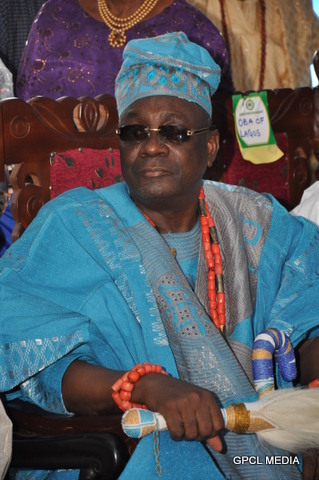 We had reported earlier that there was a fire outbreak at the palace of the Oba of Lagos, Rilwan Akiolu on Tuesday afternoon which affected a section of the mansion of the influential Oba at the Iga Iduganran area of Lagos Island.
It was gathered that the fire started around 1.30pm from an air condition in an apartment inside the palace, destroying furniture and other household items in the room as the Kabiyesi has already been taken to a safe place.
Thick smokes billowing to the sky, attracted a crowd to the area, but the palace gate was, however, shut to the crowd as firefighters from the Lagos State Fire Service, Shari Iganmu and Ilupeju stations, battled to put it out.
While speaking to a correspondent, a senior emergency official, confirmed the incident, saying the fire had been put out.
Watch the video clip below;