A 19-year-old girl, Khushboo Khatun, was rescued by some villagers after she was buried alive by her uncle for  2 hours  in Govindpur village, in Bihar, eastern India.

Khatun was on her way home from a market when three men reportedly pounced on her and threw her into a 3ft deep pit, filled it with earth and left her to die.

When Kushboo didn’t make it home, her father Muhammad Ansari and mother, Sanjana began to look for her. Eventually Ansari noticed a nearby pit was randomly filled with earth and suspected foul play. He started digging and called on other villagers to help. They noticed part of her body after digging for a while. 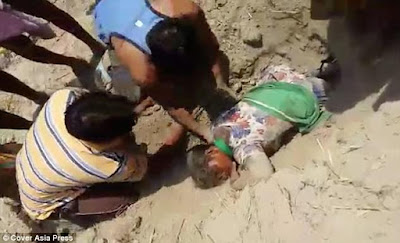 Khutan was already semi-conscious after being buried for two full hours and was almost suffocating She was eventually dragged from the rubble and taken to a local government hospital.

The police are now searching for suspects, Amit Shah, who is a local businessman, and two accomplices.

Superintendent Nawal Kishore Singh said Amit Shah had wanted to use land owned by the girl’s father, Ansari for construction. The latter however did not co-operate and the property dispute had been going on for years, so Amit used his daughter as a threat.

Kushboo has since been discharged from the hospital and is now recovering at home. 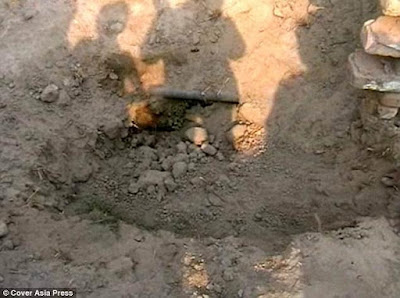 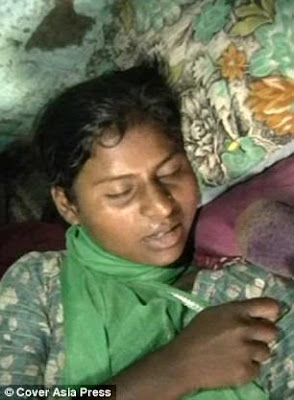 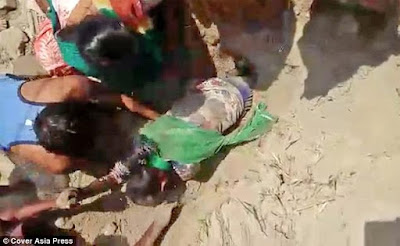 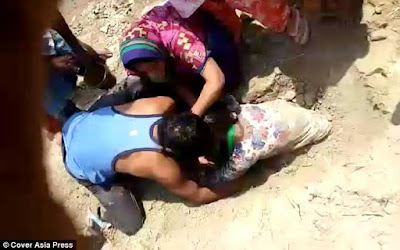 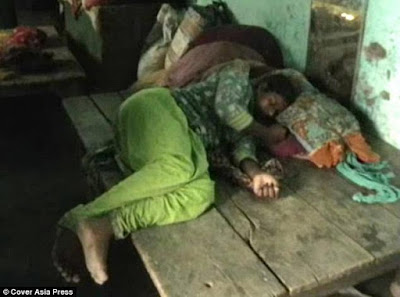