Came across this viral video that shows a man being given a befitting burial. The corpse was put inside an aeroplane casket which was written ‘Heaven Airways‘.

The pall bearers did what the did best, dancing in style as citizens trooped out to catch a glimpse of this rare ‘Cas..k..’. 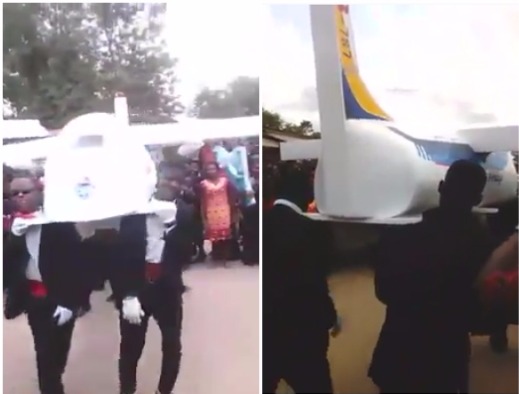 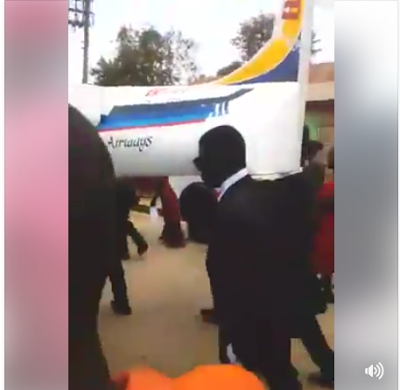 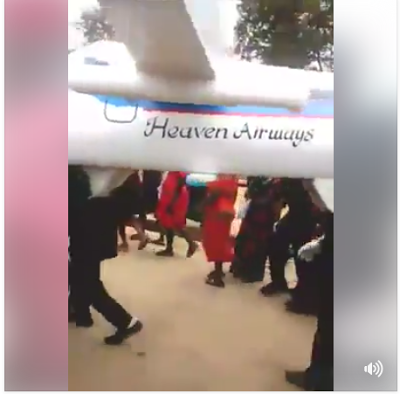 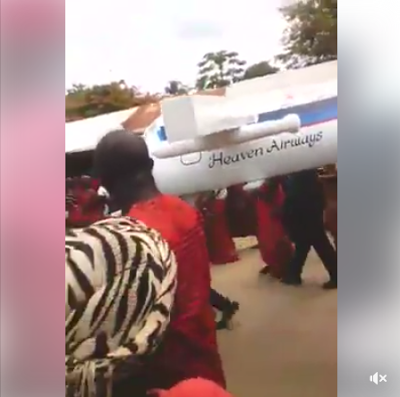 Here’s a video of it below