After 24 years of marriage, the end has now come for the couple. An Ibadan Customary Court sitting on Mapo Hill dissolved the union on the grounds of abandonment by the estranged husband. 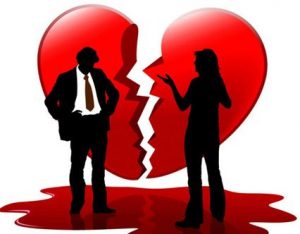 The court’s President, Ademola Odunade, who dissolved the marriage between Fatimah and her husband, Abdulkareem Abulahmed, said the decision was taken in the “interest of peace and tranquility”.Fatimah had told the court that her husband, Abdulkareem, was an unrepentant drunk, who had been raining curses on her and the children.Odunade, however, awarded the custody of the last child of the marriage to Fatimah and directed Abdulkareem to pay a monthly feeding allowance of 5,000 Naira for the child.The court also ordered Abdulkareem, who resides in Amunloko area of Ibadan, to take responsibility for the child’s school fees.Abdulkareem was, however, not in court to defend himself after the third adjournment.