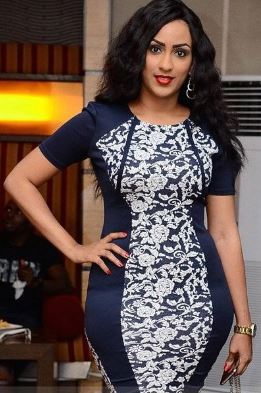 Nollywood Ghanaian-born actress, Juliet Ibrahim has joined her voice to several others to speak up against domestic violence.

The actress and mother of one whose 4-year-old marriage to Kwadwo Safo Katanka crashed in 2014 also slammed celebrities who mock their colleagues when they were abused in their marriage.
Recall that most recently, actress Mercy Aigbe has allegedly suffered serious domestic violence from her husband, Lanre Gentry.

In a post she shared on her Instagram page, she wrote, “Our value as women has been taken for granted due to domestic violence, egoism and male chauvinism.

“Never joke about domestic violence. Violence is never a choice anyone should make! Why Didn’t You Just Leave?
“A question we are all quick to ask but we should never be the judge until we hear Domestic Violence Survivors Explain Why It’s Never That Simple!

“80% of women experience violence in relationships around the world and its growing rapidly; We need to speak up and lend our voices as much as we can to encourage these Victims to speak up early enough to avoid a nasty fate, keeping quiet and thinking that He/She will change is not the solution! Also; When a gun is present in a domestic violence situation, it increases the risk of homicide for women by 500 percent.

“Shame unto every so-called celebrity that is actually tweeting and snapping while mocking any thing concerning another woman’s well being that is out there in the news… don’t forget Karma is a real bitch; be careful what you wish for others.
“Thank God there are authorities in place nowadays to do the needful and deal with these maniacs! Violence is not an excuse and should never be a choice no matter what!” 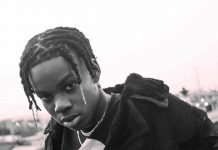 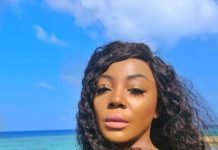 “Thunder Is Waiting For You,” Ifu Ennada Tackles Troll