Just weeks after the death of Pastor Ajidara and Olumide Bakare, the sad news about the death of another popular Yoruba movie actress, Moji Olaiya, has been announced. 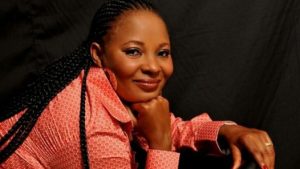 According to sources, She died on Wednesday night after she reportedly suffered a cardiac arrest.

Although her family is yet to issue an official statement, her colleagues have taken to social media to express their grief.

She welcomed her first child in Canada a few months after she officially divorced her first husband.

She was previously married to Bayo Okesola.

Her death comes as a rude shock because her last post on Instagram was less than 24 hours ago.

It read, “Allhamdulilahi to you Allah I give all the glory for all you have done. I will forever praise and worship you. It’s not by power but the Grace of Allah. Thank you for the gift of life. Thanks also to all my friends and family my fans for your supports and prayers. Love you all.”

Several reports claim she might be buried in Canada as her aged mother lives in Nigeria and it is a taboo in Yoruba land to see the corpse of one’s child.

In 2003 she was nominated for the Reel Award Best Supporting Actress of the Year, and she won the Best New Actress Award.

In 2016 she released a film, Iya Okomi, starring Foluke Daramola and Funsho Adeolu which was scheduled to premiere in Lagos on July.