Deolu
After weeks of scooping talents from across the country and the rigorous talent competitions, the seventh season of God’s Children Great Talent (GCGT) came to a conclusion last night as a 19-year-old girl emerged winner. 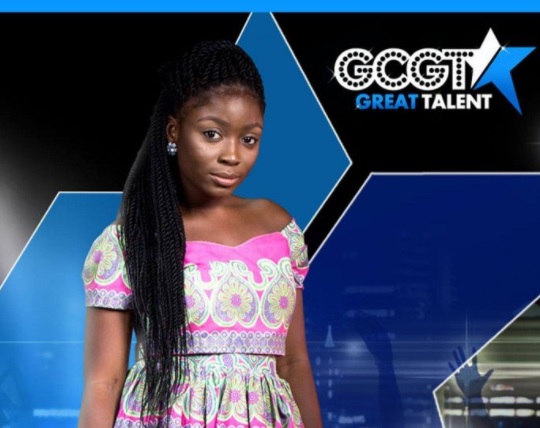 Nineteen-year-old singer, Miss Esther Benyeogo, has emerged winner of the God’s Children Great Talent Season 7, carting away N250m management deal, N10m cash and a brand new car.
The GCGT Grand Finale held on Saturday at the Eko Convention Centre, Eko Hotel and Suites, Victoria Island, Lagos.
GCGT is a Christian talent competition that began in 2011 and is organised by the `City of David’, Victoria Island, a parish of the Redeemed Christian Church of God.
It is Africa’s Leading Youth Talent Competition featuring skills such as singing, dancing, mus

ical instruments, spoken words, drama, writing and drawing.
Benyeogo said that she was elated to have won the prize having competed against other contestants who also performed remarkably well at the competition. 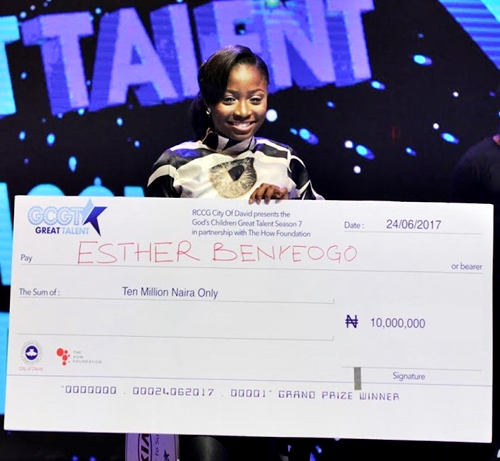 “I am so happy and give thanks to the almighty God for making it possible for me to win this great prize at the competition,” she said.
The singer, who is an undergraduate of the University of Benin said that she discovered her love for singing at the age of 13 and had never stopped singing since then.
Pastor Idowu Iluyomade, Head Pastor, City of David said that the aim of the competition was to recognise and celebrate talents in God’s children.
“The competition serves as an avenue to expose and develop gifted children as well as provide a platform for them to shine forth the light of God,” he said.
According to Iluyomade, one of the names of Satan is the `Prince of the power of the air “and our mandate as Christians is to establish the kingdom of God.
“So, we are taking the airwaves back from Satan knowing that it is a veritable tool that God is going to use to establish his kingdom here on earth.
“We are preparing children with great hindsight, great insight and awesome foresight to set on a mission to affect the space of the airwaves positively for God,” he said. 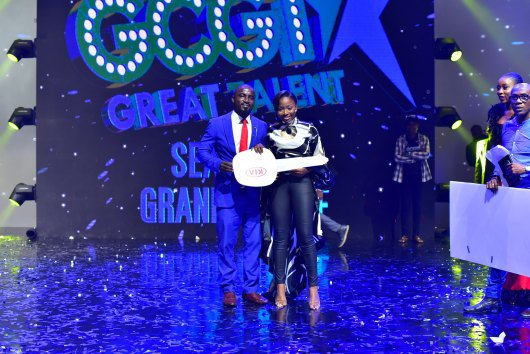 The pastor said that all the children that performed were chosen vessels from God and were all rightful winners in their own capacity.
Dr Herbert Wigwe, Founder, ‘How Foundation’ and one of the principal sponsors said that he was impressed with the quality of the talents that were displayed at the competition.
“All the children are winners even though one eventually emerged as the overall best but with the quality of what was displayed showed that they are all winners,” he said.
Wigwe advised children to find their passion in life and work hard to excel at it encouraging them to keep working on their skills and intellect.
“You do not have to be a genius to excel in life. All you need to do is work hard; keep focused and keep praying and trusting God.
“You have to keep working on your skills and intellect for you to be able to solve the greatest problems that you will meet tomorrow,” he said.
‘How Foundation’ is focused on creating a sustainable strategy where Nigerians can be empowered with knowledge and resources towards a better future.
The second prize went to Master Anderson Peter, an eight-year-old saxophonist who won N3m while the third prize went to Master Nengi Jaja, a singer who won N1m.