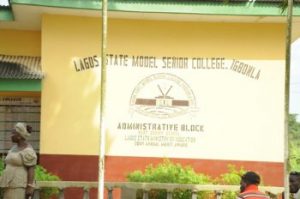 Days after the abduction of six pupils from Igbonla Model College, the Special Intelligence Response Team (IRT) of the Inspector- General of Police, Ibrahim Idris, has announced that it has arrested three suspects in connection with the kidnap of the students.

According to ACP Abba Kyari, the three suspects arrested have been involved in various kidnap incidents within the country.

“Three of the militant kidnappers, who left the creek and came to Benin to visit one of their members that were injured in a recent gun battle with security agents, were arrested by IRT in Benin.

Kyari said the suspects have confessed to have participated in the kidnapping of prominent personalities in Lagos and Ogun state.

“The suspects claimed they came to Benin to see their injured colleague and relax for a while before going back to the creek.”

He said that effort to arrest remaining gang members and rescue the school children was in progress.