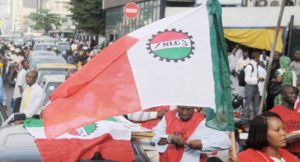 The Chairman of the Nigeria Labour Congress (NLC),  Abdullahi Adeka, has been impeached by its  Executive Council of the Nasarawa State Chapter.

This was made known in a statement  signed by Ahmed Naibi, the Secretary, who said that Adeka was removed for announcing the suspension of the strike, immediately after his reinstatement.

It said that the “surprising” action violated the resolutions reached at the NLC headquarters as a condition for his reinstatement.

“In the meeting held at our national secretariat in Abuja on May 23, we all agreed that Adeka must sustain the strike. That was a condition for his reinstatement.

“We also agreed that his mother union, the Medical and Health Workers Union of Nigeria, and all other affiliates of the NLC, must join the strike to maximise its effect.

“But, instead of sustaining and widening the strike, Adeka announced its suspension, a day after he was reinstated,” the statement said.

The statement declared that Adeka, by that action, had demonstrated that he was not a trustworthy leader.

“We have resolved that he stands impeached; Bala Umaru, his deputy, is now the substantive Chairman of NLC in Nasarawa State,” the statement declared.

It said that the strike action would continue and advised workers to await further directive from the new leadership.

Some executive council members, who spoke with NAN, accused Adeka of “clearly taking sides with the government”, with many describing his action as “shocking”.

Adeka had been suspended from office on May 21, when he suddenly declared an end to the strike without due consultation.

He was reinstated on May 23, after the headquarters intervened, but went on air on May 24, to announce the end of the strike without consulting with other members of the executive council.

The workers have been on strike since May 12, over the non payment of their salaries.