The management of Obafemi Awolowo University, Ile-Ife, has suspended all religious activties in all its halls of residence, the decision was due to the crisis that occured between the  Muslim students’ body of the university. 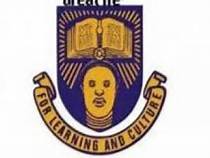 This was confirmed in a circular dated June 4 and signed by the university’s Dean of Student Affairs, Prof. Grace Akinola, of which a copy was obtained by our correspondent on Monday.

The circular read, “This is to bring to the attention of all students that all religious activities are hereby suspended in all halls of residence until further notice. Any student that fails to comply will face immediate disciplinary action which may include revocation of studentship and expulsion.

“Students are advised to pray in thèir individual rooms or move to religious centres.”

When our correspondent visited the mosque on Monday, the wooden demarcation between male and female sections in the Awolowo and Fajuyi mosques have been pulled down.

It was gathered that the OAU branch of the Muslim Students Society of Nigeria has two factions in the institution.

One of the factions is recognised by the national body and the Muslim community, while the other, occupying the locked mosques, is not.

It was also gathered that the crisis deepened when the national Amir (President) of the MSSN, Jameel Muhammad, during a visit to the university management alleged that the faction in control of the shut mosques is engaging in “extremism and Boko Haram-like activities”.

When contacted, the Public Relations Officer of the university, Mr. Biodun Olarewaju, said the operation took place on Sunday in a bid to prevent the religious crisis from degenerating.