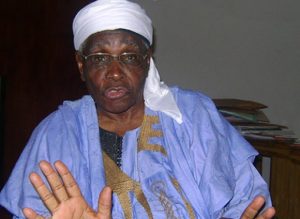 The Northern Elders’ Forum (NEF), has backed  the Northern youths warning for Igbos to leave the region within 3 months.

NEF expressed “disappointment” with the Northern Governors’ Forum for disowning the youth groups. The spokesman of NEF, Prof. Ango Abdullahi, the former V.C of Ahmadu Bello University (ABU), Zaria said he remained in support of the youths’ demand.

He said it was hypocritical for the Igbos to continue to live in other parts of the country while agitating for Nigeria’s break up. His words: “The northern youths are voicing out their anger and frustration over the irresponsible behaviour of Igbo youths and elders.

The Igbo elders cannot pretend or say that they do not know the history of this country. We all know how the first coup was hatched against the north. We know who masterminded that political coup and the aftermath.

But we the northerners endured it and carried on as if nothing happened in the spirit of brotherhood. That was why in the Second Republic, an Igbo man, Chief Alex Ekwueme, became a deputy to President Shehu Shagari.

I have never seen a country where there was a civil war and somebody from the part of the country that waged the war against the nation became a leader in the country so quickly. The Igbo should remember that politics of democracy is politics of election, not agitation.

These people always pretend that the North is cheating them, not minding the fact that Southern Nigeria was developed by resources from the North. Up to the time Nigeria gained its independence, none of the two regions, West and East, was able to provide for itself.

It was the same money from the North that was used to construct Nigerian Railways, refineries and other facilities. First oil exploration was conducted using money from groundnut pyramid, cotton, hide and skin among other cash crops from Northern Nigeria.

However, these people tend to forget all these goodies provided by the North toward ensuring the unity and coexistence of Nigeria. They always look down on us, as if we are parasites in this country.”