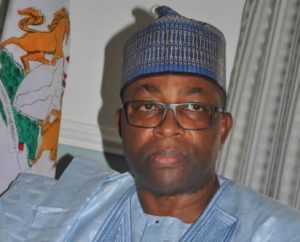 Secondary school students of Bauchi State will be offered free drugs by the state government which was purchased for millions of naira.

This was disclosed by the  state Commissioner for Local Government and Chieftaincy Affairs, Alhaji Nasurudeen Mohammed, disclosed this known in Bauchi while handing over the drugs to officials of the State Primary Health Care Development Agency (PHCDA).

Mohammed, who did not give the exact quantity and cost of the drugs, explained that the purchase of the drugs was informed by shortage of the commodity in some health facilities in the state.

He said that the gesture was also to complement the efforts of the State Ministry of Health considering the pathetic condition of the health sector inherited by the present administration.

Mohammed noted that the action was further necessitated following the recent death of a female student of Government Girls Secondary School, Bauchi, attributed to lack of drugs.

According to him, Gov. Mohammed Abubakar had in line with his administration’s 5-point Health Agenda directed the ministry to purchase the drugs for the schools.

The commissioner warned against diversion and pilfering of the drugs meant for the schools.

He also warned the school authorities against hoarding of the drugs, urging them to ensure that dispensaries in their schools were restock.

Fanti, who confirmed the death of a female student over lack of medication, said that the drugs would be distributed to all the 831 public senior and junior secondary schools in the state.

He said that the agency has over 1,000 health facilities in the state, adding that the facilities will also be beefed up to meet the needs of the people.

“I assure you that there will be no filtering, pilfering and siphoning of the drugs, and they will be delivered to the targeted beneficiaries,” the director said.