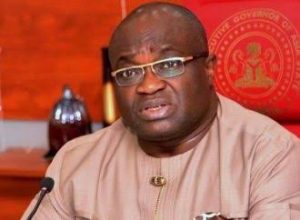 No reason was given for the sacking of the commissioners, special advisers as well as senior special assistants and the secretary to the state government.

The News Agency of Nigeria reports that the dissolution followed the presentation of their scorecards at a forum attended by the governor on May 28 and 29.

The statement also announced the appointment of three special advisers to the governor. A former Commissioner for Works, Mr.Eziuche Ubani, was appointed as the Special Adviser on Works and Project Monitoring.

Others appointed include Mr. Emma Nwabuko and Mr. Solomon Ogunji, as Special Adviser/Personal Secretary to the Governor and Special Adviser on Urban Renewal, respectively.