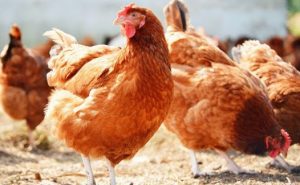 The Federal Government will from July 5 compensate Ebonyi poultry farmers affected by the December 2016 Avian Influenza attack on poultry farms in the state.

Uchenna Orji, the state’s Commissioner for Agriculture and Natural Resources, disclosed this on Mondayin Abakaliki during a training programme for poultry farmers in the state on ways of preventing and handling incidences of the disease.

According to Mr. Orji, a Federal Ministry of Agriculture and Rural Development team would arrive the state on July 5, to conduct necessary assessment and other procedures before the compensation.

“20 poultry farmers would benefit from the compensation, but they must be registered with my ministry and fulfil all obligations required of them in the conduct of poultry activities.

“The effect of the avian influenza attack on poultry farms was devastating.

“This training is part of the enlightenment programmes for farmers on the disease as directed by the federal and state governments,” he said.

The commissioner noted that the state government planned to establish 100 poultry farm clusters in each of the 13 Local Government Areas (LGA) of the state, to enhance poultry farming.

“The initiative will empower 100 farmers in each of the councils to produce broilers as the market for their produce has already being provided by the state government.

“The government will through its processing plant, off-take and process their poultry produce, which would enable them to readily produce, market their produce and go back to business.

“The training programme is also, one of the capacity building mechanisms to prepare poultry farmers for the initiative as we will collate your names, assess your performances and recommend successful farmers as beneficiaries,” he said.

Ibiam Okoro, Director of Veterinary Services in the state’s Ministry for Agriculture, noted that the federal and state governments directed state ministries of agriculture through their veterinary departments, to take measures to prevent and contain avian influenza.

“This is due to the resurgence of the disease in the country, as we were directed to enforce bio-security in all poultry farms and life bird markets while enforcing movement control of poultry produce within the states,” he said.

He, however, noted that the enforcement of the directive was imperative because of the negative attitude of poultry farmers who place undue emphasis on profit-making than ensuring the health and general wellbeing of citizens and their poultry produce,” he said.

Michael Okoro, the Acting Head of Veterinary Services Department of the ministry, noted that the knowledge to be garnered by participants at the seminar would enhance their production capacities.

“This will help in realising the state government’s objective of making poultry farming, a wealth and employment creation venture for farmers,” he said.

Omowumi Gajah, Marketing Manager of Jumac Multi-Services Limited, which collaborated with the ministry in organising the seminar, urged the participants to practicalise the knowledge garnered from the one-day seminar.

Henry Aluu, a beneficiary in the distribution of the bio-security items, commended the organisers for the programme and pledged to spread the message of prevention and checking of the avian influenza disease.

Lectures were delivered at the seminar while bio-security items such as: wheelbarrows, diggers, shovels, boots, gloves, antioxidant-chemicals, amino vitamins products, among others, were distributed to participants.