Home News Feed Couple Crushed to Death by Petrol Tanker Along Abuja-Lokoja Road
Facebook
Twitter
WhatsApp
A sad tragedy has left a couple dead after a petrol tanker crushed the man and his wife to death on top of a motorcycle. 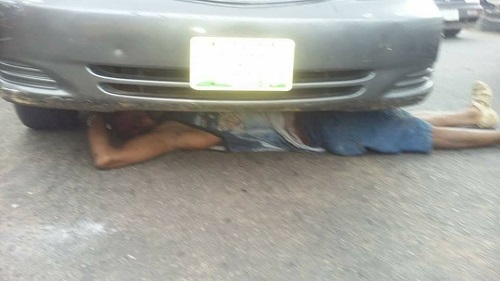 A man and his wife, who are yet to be identified, were on Friday crushed by a petrol tanker at Sheda village, on the Abuja-Lokoja road.
According to DailyTrust, a witness said the couple were on a motorcycle when the petrol tanker ran over them.
He said the couple were going to Kwali from Leleyi village. arrived the scene shortly after the accident, saw policemen conveying the corpses into their patrol van, apparently to the hospital.
When contacted, the Yangoji unit commander of the Federal Road Safety Corps (FRSC), Assistant Corps Commander (ACC) Joseph Samgbaza, said the police at Kwali division carried out the rescue before his men arrived the scene.
He said the corpses were deposited at Kwali General Hospital morgue, while the tanker driver was with the police.