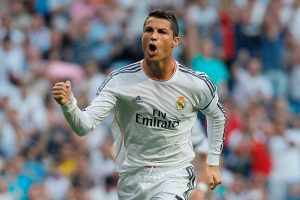 According to reports from Spain, Cristiano Ronaldo will appear in court on July 31 following allegations of tax evasion from Spanish prosecutors.

The Spanish media have claimed the Real Madrid star must be in the court room in Pozuelo at 11am local time for the beginning of the case.

Ronaldo has been accused by prosecutors of defrauding Spanish tax authorities out of €14.7million, a claim he has strenuously denied.

The four-time Ballon d’Or winner is alleged to have created a “business structure” in 2010 to conceal his earnings from image rights between 2011 and 2014.

The allegations have led to uncertainty about the 32-year-old’s future at the Santiago Bernabeu, with Manchester United linked as a possible destination should he opt to leave Spain.

Madrid president Florentino Perez defended the superstar on Monday and insisted he would not be letting his prized asset leave unless a club can meet his €1billion buyout clause.