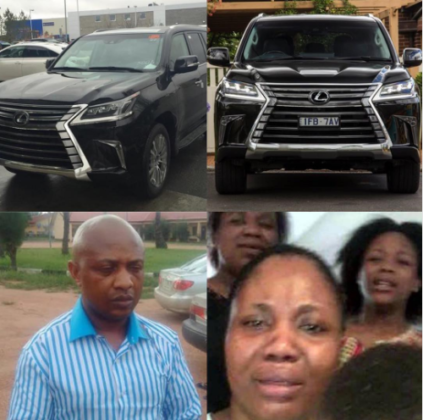 CoolFM OAP, Freeze took to Instagram to reveal what a friend of his who’s a neighbor of the the Evans told him.

According to him, his friend said billionaire kidnapper, Evans’ wife, Uche who ‘could not speak proper English’ drove the latest 2016/2017 Lexus and his kids go to the same school as his.

“I just found out today, from a friend of mine who lives 2 houses away from Evans, that Evans kids allegedly go to the same school as my kids? 😳
–
Can you imagine????😳😳😳😳
–
According to my friend, the latest 2016/2017 Lexus, like the one pictured above, is what he had allegedly seen the wife drive several times.
–
He said that his own wife used to wonder how a woman who couldn’t speak english could drive such an expensive car. He assumed that he was a successful igbo trader.
–
Join me for a live Instagram video in15 minutes as we discuss this.”