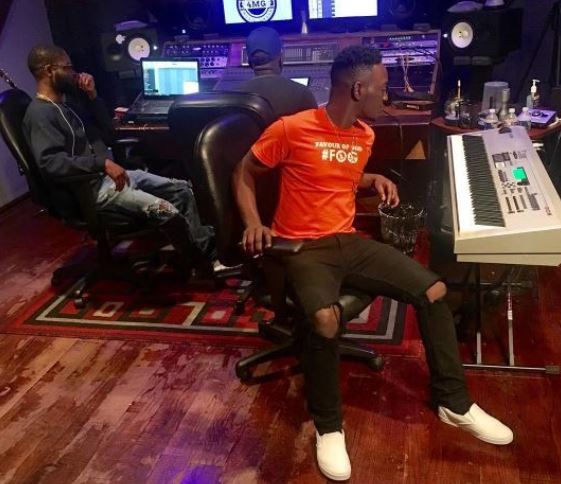 Embattled Singer, Dammy Krane was today pictured in a recording studio as he prepares to appear in court on Friday for his alleged theft and fraud case in Maimi.

The singer was earlier this month arrested for grand theft allegations, credit card fraud, and identity theft and was jailed at the Miami-Dade County Corrections.

He was later released after he met his bond requirement and will appear this Friday for a court hearing with his defense attorney, Courtney Erik.

Dammy Krane’s alleged co-conspirator Ilochonwu, Gabriel Chukwuebuka has a rap sheet/criminal history. Court documents revealed that he was arrested in April 2017 and later released on a felony bond