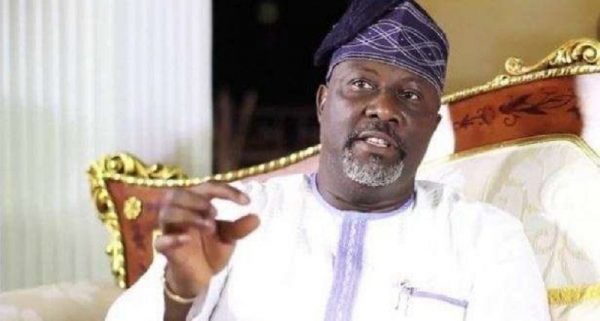 Embattled senator representing Kogi West in the National Assembly, Dino Melaye, has sued the Independent National Electoral Commission over the ongoing moves by his constituents to recall him.

Dino said he filed the case on Friday at the Federal High Court in Abuja.

In a series of tweets deriding his proposed recall by his constituency, the lawmaker also alleged that dead people were among those who signed the petition seeking to have him recalled.

He tweeted, “I have filed my case against INEC today at the Federal High Court Abuja. Even dead people were among those who signed petition to recall Dino Melaiye. Lmaooo.”

Dino Melaye had earlier said INEC was yet to communicate him over his planned recall from the Senate.

The lawmaker insisted that INEC has not informed him of a date, for the verification of signatures of his constituents submitted to the electoral umpire.

“I have not receive anything from INEC,” Melaye said.

Recall that the embattled Senator had described his planned recall as a comedy of errors which would never happen.

“It can not succeed. It is a hoax and absolute comedy of errors. I’m laughing at the stupidity of Kogi State government.

“Many appointees will go to jail for forgery. Even dead people’s names are on the recall register”, he said.