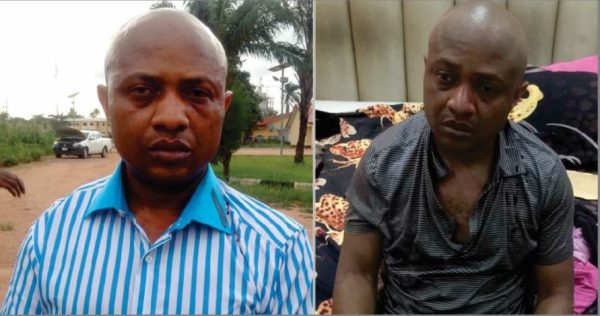 The capture of Nigeria’s most-wanted kidnapper should have been a cause for national celebration in the West African country, which has been blighted by high-profile abductions and ransom payments for years.

But instead, many Nigerians have been left angry by what they view as the national media glamorizing the crimes of Chukwudi Dumeme Onuamadike, popularly known as Evans.

Police in the port city of Lagos captured Evans from Anambra State, in southeastern Nigeria, earlier in June following a ‘gun battle’ with the suspect and his associates.

The 36-year-old is allegedly responsible for the abductions of numerous victims, including foreign nationals, traditional chiefs and wealthy businessmen. For some of these, he reportedly demanded ransoms of up to $1 million—almost 400 times the average annual income of a person in Nigeria.

Unsurprisingly, Evans is thought to be one of Nigeria’s wealthiest criminals, owning two mansions in an upmarket Lagos district and another two in Accra, the capital of Ghana.

But now, Nigerians on social media are fuming over the media scrum for coverage of Evans. The alleged kidnapper has given interviews to several major Nigerian outlets, including a nearly nine-minute video interview with Channels Television, one of the country’s biggest networks, that has been viewed almost a quarter of a million times on YouTube. Evans’s wife and family have made emotional appeals for his release, and photos of his luxury properties have been published.

This has not gone down well with Nigerians on social media, who have called for harsh penalties for the alleged criminal. (Earlier in 2017, the Lagos governor signed a decree authorizing the death penalty for kidnappers in cases in which the victim dies.)

JJ. Omojuwa @Omojuwa
“If anything less than a life jail term happens to Evans, half the Nigerian population will become kidnappers by 2040, other half? Kidnapped!”

The director of a unit within the Nigerian president’s office, Joe Abah, said that the reporting of Evans’s crimes and lifestyle would have the effect of pushing people into crime, rather than deterring them.

Dr. Joe Abah @DrJoeAbah
#TodaysHypothesis: “It is always rude to ask a woman if she’s pregnant.”
#TodaysHypothesis: The media glamourisation of the Evans story is more likely to encourage kidnapping and Dollar ransoms than to deter it.

“There was even a short-lived #FreeEvans hashtag campaign in a misguided attempt to obtain the suspected criminal’s freedom. That did not last long with Nigerian Twitter.”

Igala_Alan_Shore @i_am_Anomeli
“If you collected money to trend #FreeEvans, may the fleas of 1000 camels attack your groin & may your hands be too short to reach & scratch.”

King. @teddi_speaks
“You wont be tweeting #freeevans if you’ve been a victim of kidnapping. Disgusting hash tag”

For the time being, the fate of one of Nigeria’s most notorious criminals remains unclear: High-profile trials often take years in Nigeria, and Evans has reportedly promised to become an anti-kidnapping ambassador if he is granted a second chance. But one thing is clear: Nigerians have no time for nonsense on social media.