Home Trending Evans Wife Reveals Where He Keeps All The Money He Obtained From...
Facebook
Twitter
WhatsApp 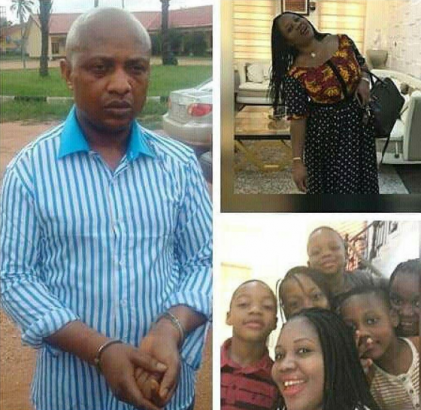 In a recent interview, Uchenna disclosed that her husband kept his money in Guaranty Trust Bank (GTB), adding that officials of the bank frequented their house to transact business with Evans.

She said;
“I have not been receiving money from him, I have never seen his money.

“The only thing I know is that there was a time he bought an expensive watch in Dubai and I wanted to know why he bought it when he could not open any business for me.

“I have never seen him as a rich man. While with him, we made sure we had all we wanted to eat and that’s all. I can’t remember seeing any sign of affluence in him.

“In fact, I have never suspected him as a criminal. If I have been seeing any strange things, I would have suspected him. We have three cars, one Hilux, one grand Cherokee and an SUV.

“I know he banks with GTB only. Their staff used to visit us in the house.”