One of the social media facility, the Facebook has activated its “Safety Check” feature Saturday after reports of an attack aimed at civilians in London.

The tool has been used in the 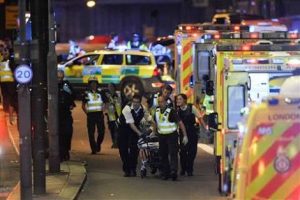 past to inform friends and family about the welfare of individuals near a crisis.

Metro UK reported that the tool has been used in the past during the Orlando attack and the attack at the Westminster Bridge.

The Telegraph reported that it is the third time that the feature has been activated in the United Kingdom.

The page is called, “The Attack in London, United Kingdom,” and individuals can check in as safe.

Facebook first introduced the feature in 2011, and it was mainly used during natural disasters, like earthquakes. In 2015, it was used during the Paris attacks.

Fox Business reported that the safety check has been activated more than 600 times in two years and was last used in the UK last March during the Westminster attack in London.

According to Facebook, it is enacted after global crisis reporting agencies NC4 and iJET International alert the company about an incident.

Facebook then begins to monitor for posts about the incident, in the area, and if a lot of people are talking about it, they may be prompted to check in and mark themselves safe and invite others to do the same.