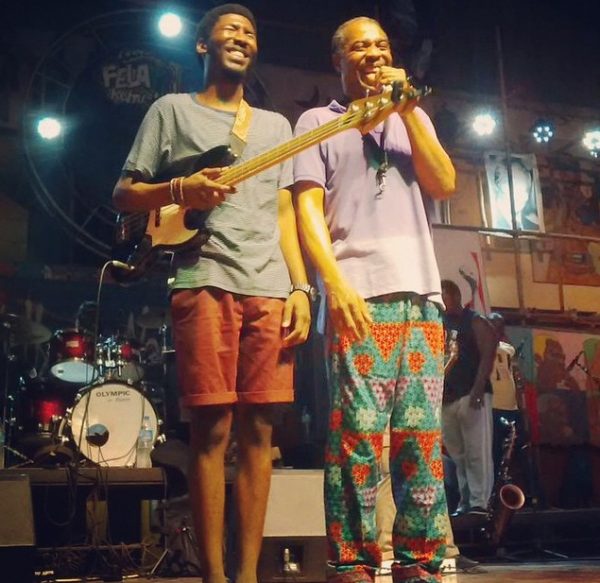 Olufela Olufemi Anikulapo Kuti, popularly known as Femi Kuti and his son, Ayomide displayed their musical prowess over the weekend as they mounted the stage and performed together in popular Lagos ‘shrine’.

Femi was born in London and raised in Lagos. As the eldest son of Afro beat pioneer Fela Kuti and a grandson of political campaigner, Women’s right Activist Funmilayo Ransom Kuti, Femi has continued to display his dominance with Afro pop and jazz genre over time following his late father’s footstep making him an Icon in the Nigerian music industry.

Femi himself shared the video online.