The alleged fraud going on in the Niger Delta Region of the country has been discovered, according to the Minister of Niger Delta Affairs, Mr. Usani Uguru, on Wednesday , between 2009 and 2015. 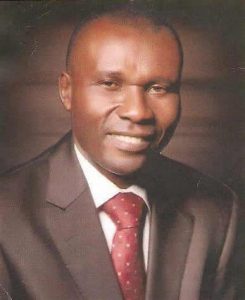 The minister said, some of the contractors made away with the money paid them without appearing on the sites of the projects, some others managed to implement 12 per cent of the projects they were paid for.

Uguru disclosed this to State House correspondents at the end of the weekly meeting of the Federal Executive Council presided over by the Acting President, Yemi Osinbajo, at the Presidential Villa, Abuja.

The late Umaru Yar’Adua and Goodluck Jonathan were the Presidents of the country during the period.

The minister said the report revealed that over N423bn had been expended in the region by the ministry alone, adding that the amount did not include the sums expended by other intervention agencies.

“From this amount, projects execution rate has been at 12 per cent with an average completion rate of a project standing at five years. The impact rate is eight per cent,” he said.

The minister said he sought and got the council’s approval to make the report available to relevant government agencies in charge of recovering government assets that were either misappropriated, misused or found to be idling in some quarters.

He said while those who deserved sanctions would be punished, others who needed to return to sites would be compelled to do so.

He said, “With this, it means all those who have accessed government resources for one purpose or another must be compelled to make adequate use of same, otherwise they will face the recommendation that goes with such violations.

“That is our position concerning that report and we have received council’s approval for that.

“To find that such money has been spent in that region with the kind of work we see, shows that there is something tangibly and obviously wrong with how procurement had been carried out in the ministry.

“The number of projects awarded was 427 and there is no uniform action by each of the contractors. So, the measure of action to be taken to address the shortfall of our expectations or commitment to contractual agreements will be the determinant of what will be done.

“Those that require sanctions will be sanctioned. The sanctions may not be uniform. It will be according to the measure of liabilities hold by each of the contractors.

“Some will be compelled to return to site. Some, of course, should be made to refund money, those who we have seen by their actions displaying criminal intent by collecting money and not appearing at sites at all.

“The report is not just all about punishing people. There are also those who have performed well and are commended and the report recommended that they should be encouraged to carry on in their contractual commitments.

“The report has also recommended that sanction will be taken against officers. There are rules. I don’t know if they will amount to purge.”