The doctors have finally released the autopsy of Late Nollywood actress, Moji Olaiya, this was confirmed in a statement released by the family. 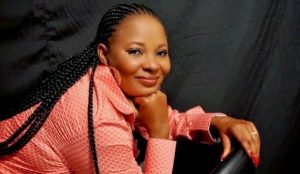 The statement indicates that the autopsy conducted on her remains showed that she died of a ‘natural medical cause’.

In a statement by Moji’s brother , Femi Olaiya, the family dismissed rumours that the late actress was posioned in Canada where she was delivered of a baby girl in Feburary.

However, doctors, who spoke with our correspondent on Monday, said that the autopsy report suggested that the late mother of two must have died of a traceable and demonstrable medical cause.

A medical consultant with the Ladoke Akintola University Teaching Hospital, Ogbomoso, Oyo State, Dr. Adeoye Oyewole said, “Someone is said to have died of a ‘ medical cause’ when there is a traceable and demonstrable medical pathology that is related to the death. The term ‘natural medical cause’ is not medical.

“For instance, if the person had suffered a heart or cardiovascular event just before he/she died, that is a traceable medical cause. If the person also had an underlying medical condition like an enlarged heart but an event triggered a shock to the system to have caused the death, it is also a medical cause.”

A cardiologist with the Lagos University Teaching Hospital, Idi-Araba, Dr. Afolabi Akinkunmi, corroborated Oyewole’s views, saying there was always a medical cause to every death; and an autopsy was usually carried out to establish the exact or underlying cause of the individual’s death.

Akinkunmi said, “There is always a medical cause for every natural death. If you have any doubt, then the autopsy report is conducted and the coroner will state it on the death certificate.”

Another expert. Dr. Babajide Saheed, noted that a person who suffered a sudden cardiac arrest or a condition that shuts down the brain or nervous system in a short time is said to have died of a natural cause.

Saheed said, “There is always a medical pathology to every natural death. So a natural death means that there is nothing you could have done to help the individual, such as if the person experienced a sudden cardiac arrest and died even before getting to the hospital.

“If a person that has a terminal disease such as leukemia dies, it is a natural death because there is nothing you could have done for the patient. These are natural deaths with a traceable medical pathology.”