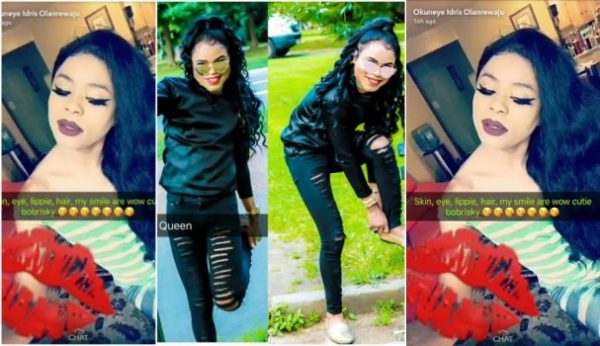 Nigerian controversial and most popular crossdresser, Bobrisky, who is currently in the United States and preparing for his butt surgery took to snapchat to boast about his hair worth.

According to him, he spends $500 on his hair every four days and that amounts to $2000 monthly… Equivalent to N720k a month in Nigerian Naira.

Well, the male barbie went forward to disclose that if you’re friends with him he might ‘dash’ you the hair if you’re not a hater.

The cross dresser recently said he needed prayers of his fan as he shelled out money for his butt surgery but scared to go for it and need Nigerians prayer for successful operation.