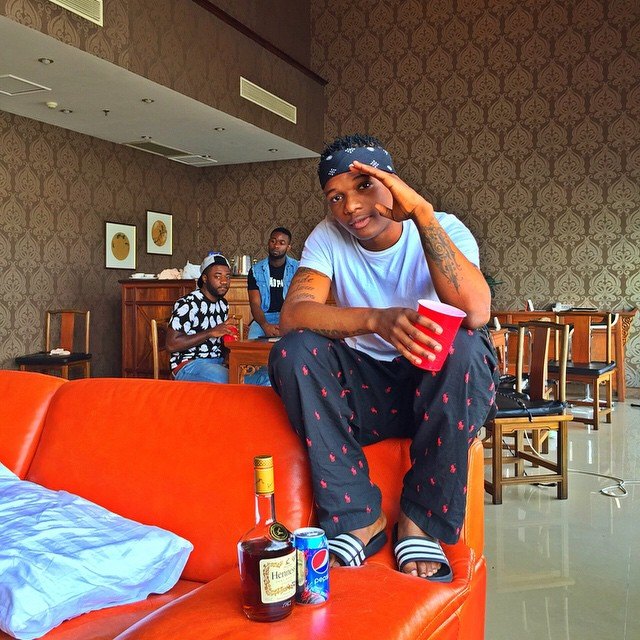 Wizkid said he is in music to create his own legacy and not to live like past legendary singers like Fela.

Wizkid who first caught the attention of international pop sensation like Drake in 2015, revealed his aspiration and goals as an artiste in a recent chat with Hunger Magazine.

Discussing his progress as he has featured with top international artistes like Chris Brown, Justin Skye, TY Dolla $ign among others, he said that he is going global not to change his kind of music but to make his original sound global.

When quizzed on how he feels showcasing African music on the world stage, he said:

“I’m not really seeing myself as the one champion of the movement. I’m just contributing my own little part. Keep the movement moving, and take it there, you know?”

He also mentioned Bob Marley and Fela as his role model:

“So I’m just here spreading good vibes. I’m not trying to live like Fela or do what he has done. I just appreciate everything he did when he was alive and I am here to create my own legacy.”