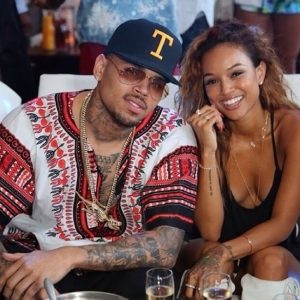 Karrueche Tran has won a five-year restraining order against her ex Chris Brown.

Tran was granted her request on Thursday after testifying under oath that the singer threatened and beat her.

29-year-old Tran took the witness stand on Thursday in a Santa Monica courtroom and told the court how the singer who had in the past beat up Rihanna menaced her after they broke up.

She added that the father of one, Royalty, further demanded that she diamond rings and other gifts given during their relationship.

TMZ reported that she added that Chris Brown became aggressive after she told him that the gifts were her property.

She added that Brown in a text message said: “I’m not being nice to you no more, if I see you out in public again and I’m there I will make you hate me even more, don’t be anywhere I’m out in public, I’m going to ban you from all events.”

In another, he threatened: “Bitch I will beat the s–t out of you.”

However, the court reportedly denied Chris Brown access to the court proceedings via phone as his lawyer, Mark Geragos, accussed Tran of Tran never reporting the alleged threats to police.