Home News Feed Man Drugs Little Girl Drugs Before Raping Her | Photo
Facebook
Twitter
WhatsApp
A man has been found out to have given a little girl some drugs before forcing her to have s*x with him. 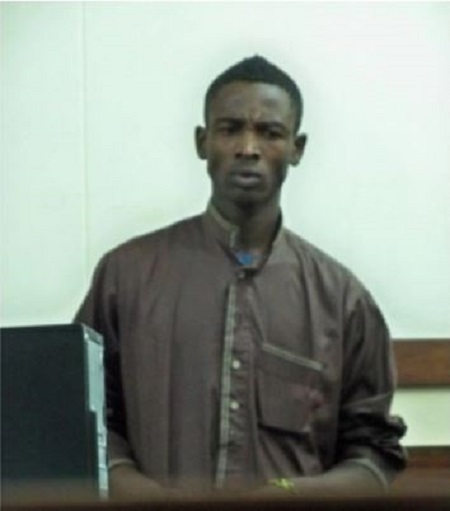 John Mathenge Kimani, a young Kenyan man is being tried for his crimes after allegedly r*ping a 14-year-old girl.
According to SDE, the girl has told police that the suspect forced her to smoke drugs before defiling her.
John Mathenge Kimani allegedly committed the offence on diverse dates between April 17 and May 25 within Industrial Area in Nairobi.
Police allege that Kimani lived with the minor in his house after she escaped from her brother’s house. Police said the suspect would often force the minor to smoke bhang before sleeping with her.
Following her disappearance, the brother involved police who traced and found her in the house of the accused.
Kimani denied the charges.
The matter will be mentioned on June 19.