Home News Feed Man Sent To Prison for Hiding His iPhone Password
Facebook
Twitter
WhatsApp
A man has been thrown into prison for 180 days after refusing to hand over his password to police officers in the US. 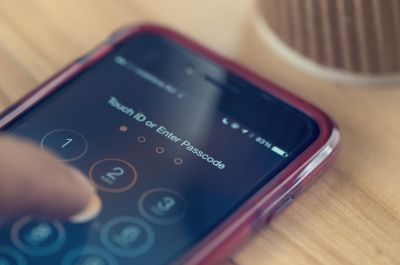 A man in Florida, United States accused of “hitting and scratching” his young daughter has been jailed for almost six months for not providing police with a lock code to access his iPhone.
Christopher Wheeler was adamant that the code he gave to law enforcement officers was correct, but the iPhone’s lock screen did not yield.
The Florida court judge presiding over the case, who previously found Wheeler, 41, guilty of contempt of court, demanded that he turn over the correct four-digit number sequence, but Wheeler argued: “I swear, under oath, I’ve given [the detectives] the password.”
The iPhone in question is presumed to hold potential evidence of the injuries Wheeler is accused of inflicting on his daughter.
Despite receiving a search warrant for the smartphone, however, any possible photos were unable to be used in the case due to the passcode barrier.
Wheeler, who was arrested in March, was eventually jailed for 180 days, although according to the Miami Herald he will be released if he relinquishes the correct passcode.
Apple’s notoriously secure iOS software has proved to be a significant hurdle in a number of court cases and police investigations over the years. The most high-profile case led to a bitter legal stand-off between the FBI and the Cupertino giant after the iPhone-maker refused to allow backdoor entry into the San Bernardino shooter Syed Farook’s smartphone.
The Islamic State-inspired terrorist’s iPhone 5C was eventually cracked. The hacking tool’s origin is still unkn