Manhood Gets Stuck Inside Shampoo Bottle

Deolu
An Indian man has been left totally embarrassed after his p*nis stuck inside his wife’s shampoo bottle while he was touching himself. 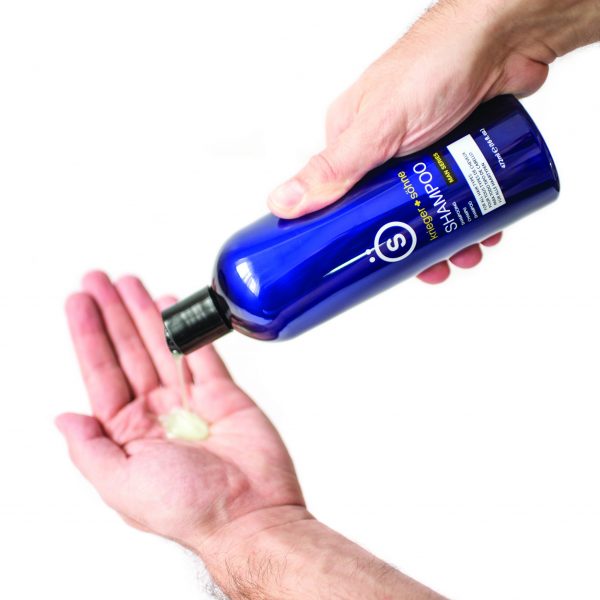 A 35-year old man from the Indian city of Mumbai has been rescued by emergency responders after his p*nis became stuck inside the neck of his wife’s shampoo bottle, according to a report by SquareDaily. Speaking to local media, the rescue team shared the man’s story in the hope it will serve as a warning to others.
“We were called to a property in South Mumbai after receiving a call for help,” said one of the rescuers. “Upon arrival, we entered the bathroom and found the man collapsed at the bottom of the shower stall with a shampoo bottle attached to his penis. He told us that the chemicals were burning his penis and causing him great pain, but he was unable to pull the bottle off.”
The rescuer explained how they had to carefully cut the bottle away from the man’s penis. “We then helped him carefully wash it and applied a healing balm. Once the man was feeling a bit better and had put on some clothes, we asked him what had happened.”
The man’s story was embarrassing, but rescuers wanted to share it to prevent any other men from making the same mistake. “The man told us for a number of years he had been using his wife’s shampoo bottle to masturbate whenever he took a shower,” said the rescuer. “He told us the main reason was that it was a convenient place to hide the semen, because it blended in with the shampoo. He told us if he ejaculated into the shower stall it would get caught in the drain and his wife would later find it and scold him.”
According to the man’s story, he had been ejaculating into the shampoo bottle for many years without his wife finding out. “He said that she was often confused why her shampoo wasn’t running out, but she never caught on to the fact it was because her husband had been hiding his semen inside it.” However, when the shampoo did eventually run out, his wife purchased a new bottle.
“The man told us the new bottle was a bit smaller than the previous one, and so when he tried to use it to masturbate the head of his penis became stuck inside,” said the rescuer. “No matter how hard he pulled, he couldn’t prise it off, and his penis was starting to burn from being submerged in the shampoo’s chemicals.” With his penis burning, the man had no choice but to call for help.
The rescue team who saved the man have urged other men to avoid using shampoo bottles or other tight vessels to masturbate. “While the penis can slide into these bottles, it’s often hard to slide back out, particularly if the neck is tight,” said the rescuer.
Meanwhile, the man’s wife is reportedly furious with the revelation that her husband has been ejaculating into her shampoo for years. “She came home while we were pulling the bottle off her husband’s penis,” said the rescuer. “She was shocked at first, and then started shouting and swearing at her husband.”
However, one of the rescuers did point out that the man’s dirty habit may have had some benefit. “His wife’s hair was so silky and lustrous,” he noted. “I can’t help but feel that the extra protein from the semen over the years helped to keep it in great condition”