Microsoft Incorporated has continued in its history-making bid in the area of technological development and innovation. 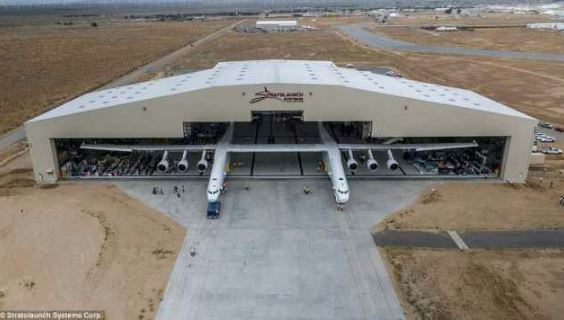 Microsoft co-founder Paul Allen unveiled the world’s largest aircraft on Wednesday.
The massive plane rolled out by Allen’s aerospace firm, Stratolaunch Systems, features the longest wingspan of any aircraft ever built, according to Popular Mechanics.
With a wingspan of 385 feet, the six-engine plane will be larger than Howard Hughes’ 1947 H-4 Hercules, known as the ‘Spruce Goose,’ and the Antonov An-225, a Soviet-era cargo plane originally built to transport the Buran space shuttle that is currently the world’s largest aircraft. 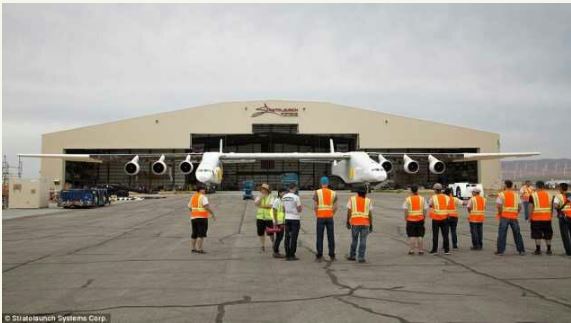 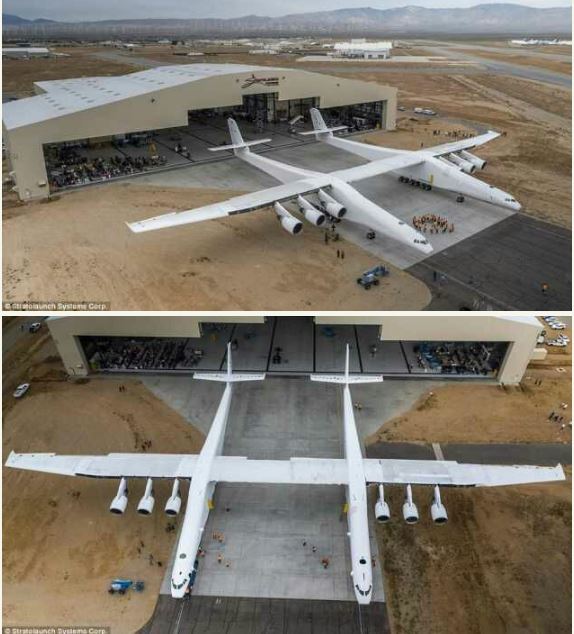 The Stratolaunch is an aircraft that is designed to carry rockets between its two fuselages.
In 2011, the project’s cost was initially estimated to be at $300million, though there is no word as to the updated figures.
After the plane reaches altitude, it would then drop the launch vehicle, which will subsequently fire its boosters and launch into space from the air.