About 44 migrants, including women and babies on their way ro Libya, died of thirst. 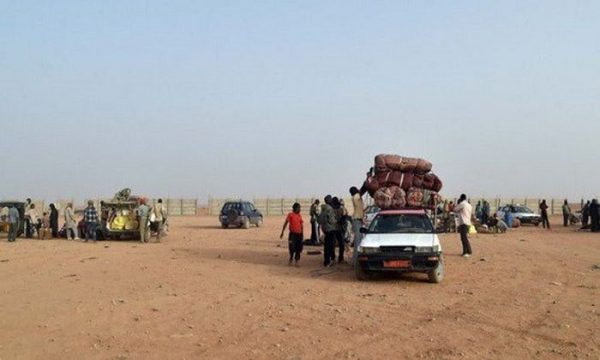 Local officials on Thursday, June 1, said the migrants died after their vehicle broke down in the desert of northern Niger.

According to Lawal Taher, the department head for the Red Cross in the Bilma region six survivors walked to a remote village where they said those they were travelling with, mostly from Ghana and Nigeria died.

Rhissa Feltou, the mayor of Agadez, a remote town on the edge of the Sahara that has become the smuggling capital of Africa, confirmed the death toll of 44. The Red Cross dispatched a team to the site “to gather information” on the circumstances.

A ship crammed with almost 1,500 African migrants finally docked in Naples, Italy, on Sunday, May 28, after being blocked for two days due to tight security arrangements at the G7 summit.

The migrants had been rescued in the Mediterranean sea aboard small and shaky vessels while trying to reach Europe.

They included 207 women, 22 among them pregnant, and over 140 children of varying ages. Their sheer numbers meant they exceeded the ship’s capacity of just 600 people.