Deolu
Family and friends have been left totally distraught after a young lady who went missing was found dead inside a wardrobe. 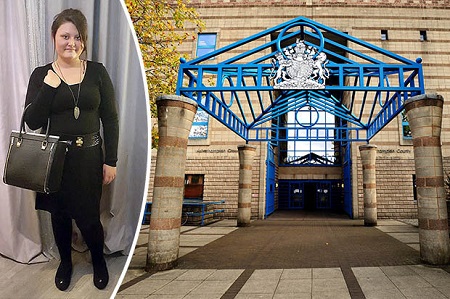 Ashley Foster, a man has been charged with murdering a teenage girl after her body was found in a wardrobe wrapped in clingfilm.
According to Daily Star UK, Ashley Foster is alleged to have murdered Megan Bills up to three weeks before her remains were discovered at a property in Brierley Hill, West Midlands, last month.
Foster, of no fixed address, appeared at Wolverhampton Crown Court today and pleaded not guilty to murdering the 17-year-old on a day between April 13 and April 20 this year.
He admitted a charge of preventing the decent and lawful burial of Megan between April 15 and May 5 this year.
Judge James Burbidge QC adjourned the case until January next year, when Foster will stand trial at the same court accused of murder.
Commenting on the latest development in the inquiry, Detective Inspector Caroline Cornfield, of West Midlands Police, said: “In the very early stages of this investigation Ashley Foster was charged with the offence of preventing a lawful burial.
“The investigation team has maintained close communication with the Crown Prosecution Service as the case has progressed and following a recent review of the evidence, Foster has today been charged with the murder of Megan Bills.”
She continued: “Megan’s family have been fully updated with this further development and our thoughts remain with them.
“The investigation continues and I again appeal for anyone who has any information they believe would assist the case to come forward.”
In a statement shortly issued after Megan’s body was found in a home in Highgate Road, Brierley Hill, her family said: “We appreciate the support we have been given by our family, friends and the police.
“While nothing can fill the huge gap in our family life that Megan’s passing has left, we trust in time we will have answers that will help us understand why this dreadful event has occurred.”