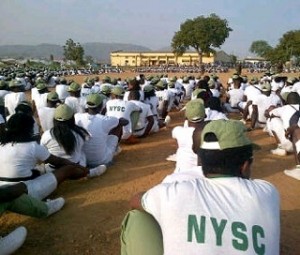 The Chairs were handed over by Mrs Yetunde Oni, to the beneficiary in Akwa said the gesture was part of efforts to ameliorate the plight of corps members in the zone and deepen the partnership between the two agencies.

Oni, who was represented by Dr Fori Tatama, South East Zonal Coordinator of NAFDAC said it had earlier donated another set of 100 chairs to the Enugu state command of the NYSC.

She said that the NYSC was strategic to the achievement of NAFDAC’s objective of zero counterfeiting of drugs because of its reach across the country.

The official said counterfeiting was evil to the society because it resulted to waste of materials, money, time and lives, hence the need for concerted effort to combat it.

“We brought these 100 pieces of chairs in appreciation of the NYSC’s contribution; they have been collaborating with the formation of a Community Development Support Group (CDS) for NAFDAC.

“Members of the group are trained in the camp so that they go out with the messages from NAFDAC.

“This is mainly in the area of the fight against counterfeiting, educating the people on how to identify and report fake products.

“On our part we train the corps members on skill acquisition on how to set up regulatory product facilities for those who wish to be empowered in that area,” he said.

On his part, Mr Ebenezer Olawale, State Coordinator of NYSC in Anambra thanked NAFDAC for redeeming the pledge.

Olawale said the gesture would go a long way to ease the stress on camp for the Corps members especially during lecture when most of them would not have a place to sit.

He described the partnership between NAFDAC and the NYSC as strategic and urged corps members yet on board to join the CDS group.

Olawale also appealed to the Anambra state government to speed up work at the permanent site of the orientation camp to forestall harassment from landlords and owners of the temporary site.